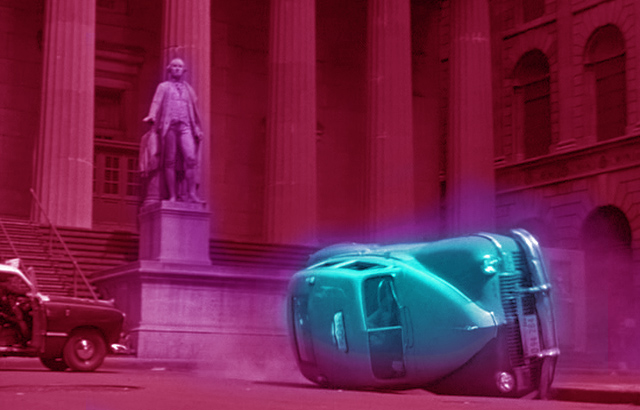 “I like beautiful things that are well made. I even believe aesthetics are equivalent to ethics. Something that is beautiful is ethical, and unethical things aren’t beautiful.”
-Gianni Agnelli

The future of economics should be seen as a piece of poetic artwork, a toy or bauble to an over-arching cultural overlord, and not the reverse (which we have now) of culture being enthralled to the economy. Indeed the economy should be hardly considered at all, so much as it even exists as a category, and perhaps should be disbanded in language into healthier component labels and concepts. If it does remain intact conceptually, it should be as an abused and unwanted attic-mongoloid, politically relegated to an afterthought of larger spiritual, aristocratic and defensive concerns. And I use the term politic there out of necessity of description, as ‘politicks’ should suffer the same fate as the economic-concept.

Insomuch as we are forced, for the shabby moment, to review economy as an existing and necessary form, then let us speculate as to how it should be husbanded. If industrial work remains a kind of necessity (of which I am also not entirely sure) then forcing the mechanisms of factory work into an archaic system guide may manifest what we might call helliacal economics. The historic guild system approach to work and inherited knowledge in trade – with quality, heritage, parochial culture and esoteric concerns ruling over the petty bargain-hunting of rootless and often foreign urban money-barons.

A diverse economy is more conducive to innovation, the engineer and architect can draw inspiration from guild lore and small workshops for their projects, creating a synergy between the archaic and technological and an anti-monopoly of smaller and easier to defend cultural workstations.

Unethical corporations destroy small factories and workshops using evil concepts with girlishly heart-warming labels like ‘free trade’ to secure a system of international slavery and low-quality plastic garbage proliferation. This creates spiritual stagnation, which doesn’t allow regular people self-sufficient and well crafted and local innovation, and grande projects on the sweat of their own volition. This predicament hinders the evolution of society and culture on the whole, all to profit the un-creative middle man and his tentacles of speculation and bargain-exploitation.

Wealth, according to heliacal economics, is the quality of culture in its civilization, not the quantity of products it creates for consumption. It should be considered unethical to produce materials without an aesthetic dimension.

Where would histories treasures be without our precious hedge funds?

As an undesirable outcome, we are trapped in a feedback loop: from below by a perpetually media-led bargain-hunting zombie mob, and from above that mob being fed by a beneficent corporate upspeak matron, throwing plastic rice down the mob-baby’s gullet. In-between the true work is stifled and ignored, culture is lost, labour is lost, reason is lost, and everything slowly crumbles.

Machines have already nearly completed the destruction of craftsmanship. A man is no longer a worker, but a machine-feeder. The product is standardized; the result, mediocrity. . . . Instead of every man and every women being a star, we have an amorphous population of vermin.
– Aleister Crowley