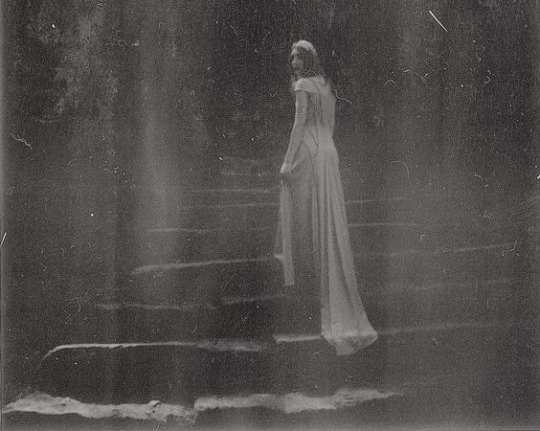 
It seems likely that this Postmodern age is really the next level in the development of Western civilization. In this particular level we find ourselves expectantly learning what to do next; cynically aware that we live in a society of stagnation and degradation. But perhaps this present stage is a necessary part of civilization’s very much needed metaphysical and physical cleansing.

There will come a point in time when the debauchery will become bored of itself and its participants will whither back into the spirit recesses of the Underworld. They will be pulled up again, as their banishment is never a permanent state, even for them. But those who are devoted to beauty and to virtue (beauty as the expressive channel of one’s virtue) will reign as the custodians of the death of this stage and the birth of the new.

This is why we cannot run away from the enemy we call technology. To conquer it we must re-tame it, and make it again our tool, and I feel too the spirits of technology will be gladdened by this. I cannot help but believe that there is a very strong connection between the Underworld and technology, especially the Internet, as well as nostalgia. The Internet is the global mind . . . and we create and record our memories in this mind perhaps for the sake of unconsciously pleasing our God-Self . . . We uproot the spirits of the Underworld (our Subconscious) and invite them into our life to resurrect and beautify our primordial desire for war.

But for now the war stays in the online conflicts and alliances with our friends and enemies. But then the question begs: if the Internet should go out (say, from an EMP attack), does that imply that all of our work and connections are forever lost? No, it does not. We carry those memories and connections with us, for we do not forget them. This would only inspire us to manifest those same memories and connections here on Earth in very real and literal ways: we would bring that love and war we formed online into physical form. We would immediately set sail on meeting our closest contacts and creating the action, the organizations, the willpower needed to continue our missions because the love of this nostalgia within us would be too strong to disregard. This love of nostalgia, of beauty, is what drives us onward to our virtues.

“The relations are very different, even under the simple aspect of time and space. The Crusades brought a Springtime face to face with an old and ripe Civilization; in the Cretan-Mycenaean world seed time and golden autumn are seen together. A Civilization may stream over from immense remoteness, as the Indian streamed into the Arabian from the East, or lie senile and stifling over an infancy, as the Classical lay upon its other side. But there are differences, too, of kind and strength; the Western Culture seeks out relations, the Egyptian tries to avoid them; the former is beaten by them again and again in tragic crises, while the Classical gets all it can out of them, without suffering.

But all of the tendencies have their roots in the spirituality of the Culture itself – and sometimes they tell us more of this Culture than does its own language, which often hides more than it communicates.”

– Decline of the West, vol. 2, by Oswald Spengler