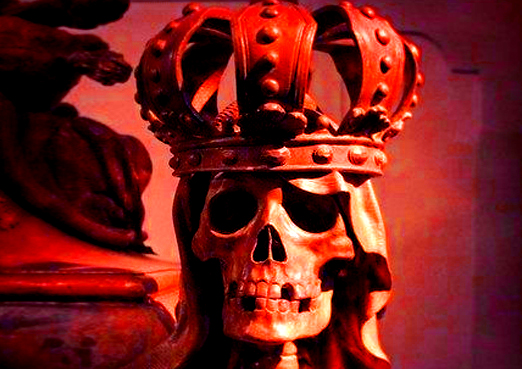 “. . . a prince ought to take care that he never lets anything slip from his lips that is not replete with the above-named five qualities, that he may appear to him who sees and hears him altogether merciful, faithful, humane, upright, and religious. There is nothing more necessary to appear to have than this last quality, inasmuch as men judge generally more by the eye than by the hand, because it belongs to everybody to see you, to few to come in touch with you.

Every one sees what you appear to be, few really know what you are, and those few dare not oppose themselves to the opinion of the many, who have the majesty of the state to defend them; and in the actions of all men, and especially of princes, which it is not prudent to challenge, one judges by the result.

For that reason, let a prince have the credit of conquering and holding his state, the means will always be considered honest, and he will be praised by everybody; because the vulgar are always taken by what a thing seems to be and by what comes of it; and in the world there are only the vulgar, for the few find a place there only when the many have no ground to rest on.“
— The Prince

Drawing upon the friend-enemy distinction, liberalism and conservatism operate within the same paradigm when we begin looking at where the subjective and the objective play within both philosophies.

I see that liberalism is the inversion of conservatism in that the mightiest liberal Prince possesses a most objective narrative in full accordance with the masses, yet he projects the image of being completely for the subjective appeal of the individual, thereby rejecting the Ego for equality sake. He is most concerned with he and his people having each others’ back.

On the other hand, the mightiest conservative Prince possesses a most subjective narrative as he personally best sees fit, overall operating in a dog-eat-dog manner, yet he projects the image of being in the favor of the good of the community, rejecting equality for the sake of the Ego.

But as the mightiest conservative Prince succeeds and maintains his power through Machiavellian tactics, I find his fault in keeping him from rising higher is that he must play along with the religion or dogma of his people in order to win their love and devotion.

Should he step out of line with their dogma, he risks his people’s support, which thus ignites conspiracies against him. Not only this, but he also runs the chance of a puritanical mob forming out of the masses. And if he is at the mercy of his people in such a way, he will fall.

However, I suggest that instead of building a foundation upon the dogmatic demands of his people, he should pay no heed to their moral and religious desires and only act on what he himself deems best: acting only upon his own morals and philosophy, but never that of the common rabble.

In this way, the people will naturally follow his lead and not be expecting him to cater to their demands, as an overly nurturing mother would for her child. As it is best that a mother teaches her child to function well and happily on their own, so should the Prince for his people. This then creates the least amount, if any, tension between the two as the people understand he is in full command and will not be spoiling them whatsoever. This then causes the people to appreciate him far more than if he were to involve himself in their lives so much as to spark envy, hatred, and rebellion.

As so, this then leads us to the question: Does society need religion? My answer to this is that a society cannot function without a religion, or dogma, and if it has not its dogma, it then fails to be a society. Each caste requires a narrative, a program, to maintain its functioning. Should its program fail, the society breaks down into entropy. As we see, dogma is the glue that binds people together under a common roof, and the community under it is the oil that ensures the efficiency of the societal mechanism. Under the presumption that the Prince is of extraordinary intelligence in so that he climbs to the top of natural order, even under a Prince who is completely irreligious and focused solely upon his own virtue, it is the nature of the lesser intelligent to formulate a dogma and a working mythos to be able to relate to and understand their world. So in this way, the Prince will actually need not to establish any religion whatsoever! His people will do this for him because it is in their nature to do so. And while the Prince lets his people form their own religion, it is a mythos whereby he becomes a god to them in some great capacity so they can relate him to themselves.

Now this posits the structure of the caste system whereby I accord each caste to the various levels of intelligence and similar minded peoples: the weak-minded being on the bottom, the genius being on top. Further, I determine each race within a caste be separated from each other to ensure the greatest harmony with as little involvement from the Prince as possible. This is the key. The Prince should be required of his people as little as possible, as an autonomous pyramidal system will guarantee his rule indefinitely and provide him the time and means to be left to his own devices to achieve higher realizations of his personal virtue.

Then one might assume that this princedom would be without conflict, and they would be sorely mistaken. It is human nature to have their numinosum of the hero and his adversary. As you descend the ladder of this hierarchy, the people grow more and more attached to this eternal, dogmatic polarity, but for good cause.

To rejuvenate their spiritual stamina, they require a metaphysical alternating current. This current is warfare, from which they use to ascertain their Ego is powerful and well-functioning. Unless the situation becomes so strong that his power becomes threatened, the Prince should refrain from intervening as this would insinuate favor for one side over the other, and effect great unwanted turmoil for himself.

But in the case that any territory should become so powerful as to cause him worry, he should immediately set about indirect events to bring their strength down all the while keeping his public influence hidden. It would be best for him to never publicly acknowledge the threat, as this would make his worry apparent and cause him to appear weak, thus gaining the confidence of his enemy whom will then be all the more eager to destroy him. The edge must not be given to his people in any capacity.

But if the people did not engage in warfare, spiritual destitution would result, and, like a disease, it will spread and infect the surrounding territories until at last the entire World is consumed in this plague. Thus erupts waves of communism and the so-called “liberal” philosophy whereby the strive for life is inverted as the strive for moral death.

So in this case, as we see right now where degeneration is idolized, the Prince should then rectify this imbalance of the castes by creating plots to force the people back into their proper life-asserting current. But until the natural order is returned, he should make constant effort to supply his people with intricate narratives, just as if it were childlike play. But you see here, this whole World imbalance is the very rejuvenation for the Prince’s spirit. There comes a time of peace and order, but then he desires a new game.

So then the question arises: What is the ultimate purpose of keeping the World Tree alive? I believe it is to not only give life to the characters within, but also to give purpose for the very creation of the Universe. Does not the mother and father justify their existence through the life of their children?

But then why do they choose life in the first place? Perhaps it is because their imagination is too abundant with fruits to fully destroy itself in the hungry, self-consuming fires of its subconscious stomach acids? Thus do we always strive for the fantastical heavens our Gothic cathedrals look up at, yet we are burdened by the forbidden pomegranate seeds we devoured, given to us from the very Devil we dreamt up.

Though civilization endures cycle after cycle within this lively metanarrative, I have heard a stalagmite in Zarathustra’s cave is on its way to reaching the ceiling . . . where reality at last reaches our dreams . . .