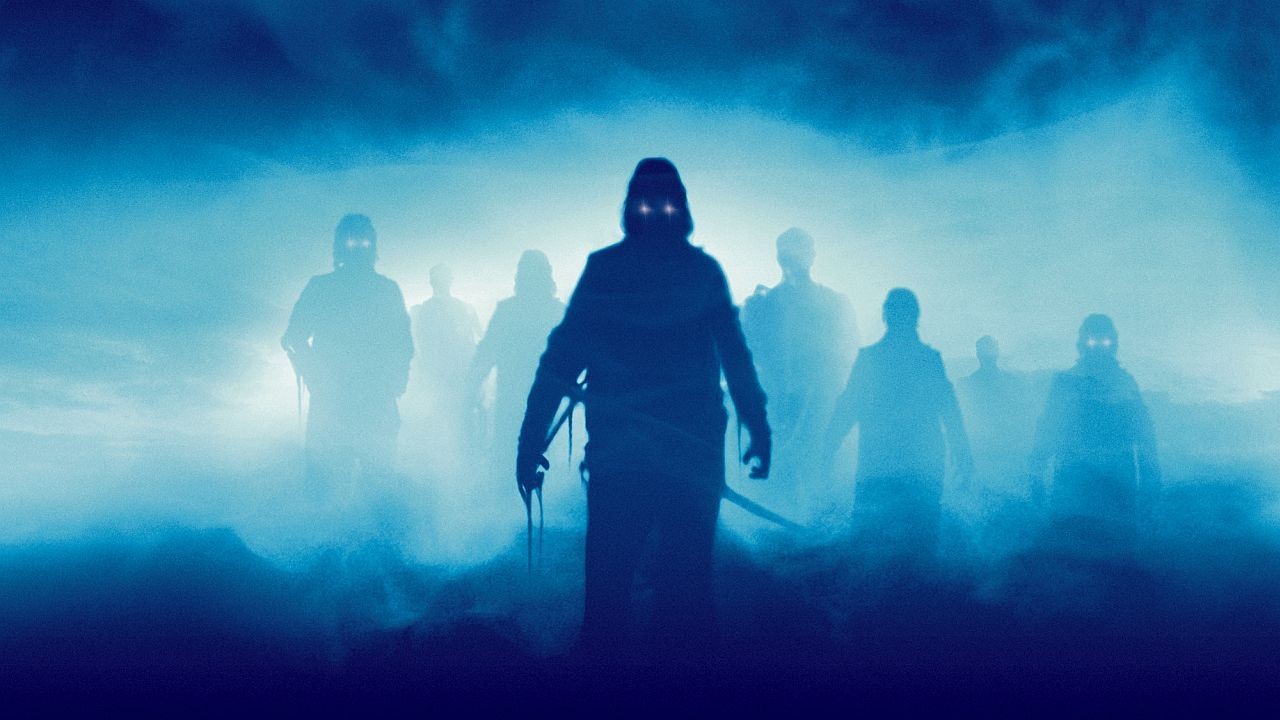 The shadow dominates this later part of the year. According to ancestral legend the fall and early winter is when the known & unknown worlds overlap with greater frequency, as the light-bringer Sol moves farther away, and the long shadow drapes all in a cold blanket – to survive another winter. And this season is hallmarked by a tradition, universal in custom: a priestly shaman gathers his community to perform a ritualistic dance, about a great fire, fashioned in costume after fearsome demons, to ward off the malevolent forces of the unseen world. Forces which wait in the void for earth to be at her vulnerable distance, forces vanquished by the sun.

This spirit world is a reflection of the material, it is teeming with unknown potency which we can only grasp symbolically or archetypically. These flows of energies (spirit) hold selfish agendas, and follow a current incidental though parallel to ours. Awaken them, or tap into them, become caught in their passing, and face the consequences. A tiger in the wild is neither good nor bad, but merely a predatory function of nature, showing no mercy to the vulnerable. The unseen world is equally dangerous and beautiful – teeming with fearsome influence. Thereby there is reason to fear the shadows.

The ritual and seasonal costume fends off incidental malevolence, manifested as luck or fate, by observance of our thralldom to its golden thread. We make fearsome costumes and great fires as does a wanderer in the forest gesticulating to scare off a bear: he makes himself seen or heard to the varied senses of another being, where before he may have been considered a passive or dormant nothingness, of no consequence to hidden currents. But activity exerted in fearsomeness transcends passivity and sense-diversity, and gives cultural precedence for an attitude of respect towards nature’s hidden power and mortal ontologies.

The ritualistic masks and menacing drama both ward and are expected by malevolent spirits, by nature of repetitive tradition. And any man who disregards the archaic traditions of his forbears forfeits the protection of his home by the genii loci, and the netherworld is no longer appeased by prayers and offerings for guidance and protection. And the long shadow then holds an enmity to this man for good reason.

Mankind has become an increasingly vulnerable creature during the haunting of the season. What is the recourse when implacable cold and dark surround you, far from the fire? Do not take traditions for granted! Do not risk becoming a plaything to eldritch terrors of the night.

“A man is a small thing, and the night is very large and full of wonders.”
─ Lord Dunsany