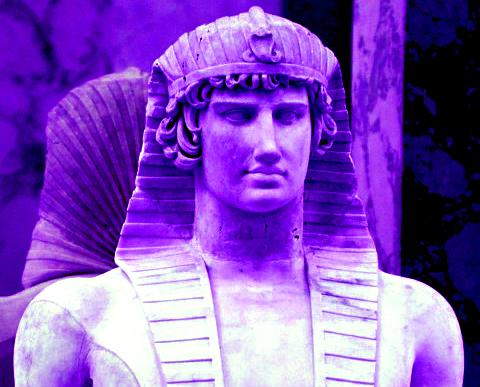 The history of this cult begins with Aeneas, who was a Trojan hero conceived by Venus and a mortal man. Many nobles and heirs to royalty would go on to claim him as their ancestor; most notably, Romulus and Remus, who are the twin-sons of Rhea Silvia and the God Mars.

Although Rome would not worship a living man for a long time, they already had a strong history of divinely inspired appointed; rulers whom later became deified. In conjunction to the divine parents mentioned earlier, you will note that many late emperors and heirs all belong to the same families, who claim direct lineage to these great ancestors.

Around the reign of Augustus we see the Imperial cult become well established. The process was simple: an emperor would rise, and either remain pure or become corrupt. After his death, the senate would decide by merit of his virtue and popularity, if he was worthy of deification. If they decided yes, he would be considered a god in a process known as apotheosis.

The Imperial Cult was extremely important in terms of both civic virtue and moral justification. If they worshipped every dead emperor (such as Caligula) they would degrade the station and their society by the elevation of an unworthy. Alternatively, by elevating good and powerful emperors, they effectively made clear what was expected and favored by the Gods.

In Egypt, Akhenaten suffered the same fate as Caligula. All of his temples were torn down and his son, Tutankhamun, changed his name to avoid any association with him. This is the price to pay for those who are corrupt and go against the higher nature instilled in them by Gods. In Akhenaten’s case, it was abandoning the orthodox religion of Egypt. Comparatively, Augustus (and the other deified emperors who joined him) enjoyed a large following until Theodosius disbanded the cult.

Early Christianity had a huge issue with the worship of mortal men. Christian emperors didn’t mind this, however, as some also became deified after death prior to its disbandment. Temple of the Hermetic One is very supportive of this particular cult, and believes it to be necessary. The deified emperors are no less than heroes, and deserve to be honored as such (but not worshipped at the same level a god would be).

Whether you be Norse, Greek, Celtic, Egyptian, or of any other background; there lies within a host of heroes and leaders who were divinely guided and are worthy of honor.