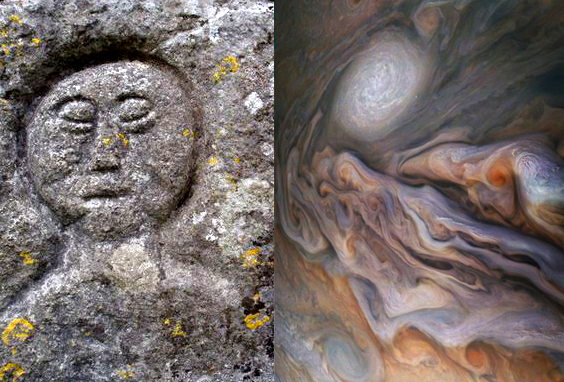 While one could write many volumes on the hierarchy of soul, I will try to keep it as concise as possible. First I shall explain the Neoplatonic cosmogony in hopefully a way that will aid understanding, as explanations of this often eludes and confuses people.

1. The primal divine law is Unity. Preceding everything there is The One (or The Absolute, The First, Theon). We say It is ineffable, unknowable, beyond-everything. It must be these, because for It to generate all things, It must be superior to all things; and as we can only understand things, The One consequently cannot be understood. It is the source of everything and from the view of all things following It, It is also The Good, as the primal divine law is Unity, and so everything desires complete unity, and The One is the supreme unity.

2. The second divine law is difference. The One, principally a simple Unity constituted of infinite divinity, is said to engender self-contemplation by perpetual achievement of Its infinite self-quest, and so by doing contemplates Its own undetermined infinity. This contemplation creates the second divine law of difference, as now there exists two things by first difference: the true unified infinity of The One, needless of contemplation; and the intellectual contemplation. In consequence, this creates the first Authentic-Being1; we do not call The One a being, because It is beyond-being, Its Unity needless.

3. The Authentic-Being generated by The One’s self-contemplation is Nous (also known as Divine Mind, Intellectual-Principle). Nous is identical with the act2 of self-contemplation itself, by which objectification is engendered. This preserves Nous’ essential unity with The One; though Nous is a reflection and is not identified with The One, as contemplation implies otherness, this otherness impossible within The One’s full Unity. It is, however, in absolute closeness.

4. Nous’ contemplation gives it intellection, whereby it becomes conscious of itself, its place, and its origin. Hence also named Intellectual-Principle. Unlike us who gain intellection by contemplative seeking and motion, Nous obtains the whole knowledge of things at once, and is identical with the knowledge by virtue of it being the contemplative-act, its gaze occupied by The One entire which encompasses all knowable and unknowable. For this reason, Nous is at rest and has no motion; it is Knowledge and there is nothing without it to move to. Both The One, the infinite and singular unity, and Nous, The One’s reflection, remain undetermined, save for the aforementioned definition of Nous.

5. By mode of the second divine law of difference, a second difference is engendered from Nous. Nous engenders difference because it reflects The One, The One having first engendered difference. As Nous is in rest, its gaze fixated upon The One, the second difference becomes an Authentic-Being of motion as its act. This Authentic-Being is Soul and is in perfect motion. As it shares the nature of its progenitor, Nous, it is also conscious and contemplative. Soul is said to ‘circle about’ Nous. It does not possess the fullness of contemplative-act achieved in Nous, as we know the fullness of contemplation brings one to rest, and so it is moving towards full contemplation by way of reasoning, and so is sometimes named the Reason-Principle.

6. And so as contemplative reasoning drives Soul into motion about Nous, Soul seeking to contemplate Nous in its fullness, Soul’s highest motion upwards finds the whole intellection, and so joins Nous in its contemplation of The Good; and though it can only do so by its upward motion, the only remaining motion is towards intellection (Nous) itself. However, as contemplative reason motions in all directions when seeking understanding, and as Soul is in perfect motion, its perfect motion upwards which attains the whole intellection results too in a perfect motion downwards, and so engenders the third difference of direction.

7. The descent of Soul should be understood as a process of self-discovery. As The One achieves in its fullness the ‘self-quest’, the self-quest resulting in Nous, Soul also motions towards self-quest; however, it does so in an inferior manner, thus self-quest becomes self-discovery. Perfect self-discovery means contemplating by reason every point of yourself to your greatest extremes, allowing for no nothingness or void but only continual discovery, and there being no place which could not be discovered within. But as self-discovery entails a great ‘unfolding’ through sequential discoveries, and so a process of one thing to the next, here commences the fourth difference of space-time, distinguished from the incorporeal eternity of the priors.

8. Soul, engendering the great process of unfolding through its perfect pursuit of self-discovery, is in consequence a compound, alloy, admixture, which is unalike Nous. Nous is no compound as it is at once a unity of knowing; comprehending and encompassing everything; not impressed upon but is impression itself. Soul is compound as it contains two states of both impressing and being impressed. It is impressed by Nous, Nous ‘shining its light’ to Soul, moving Soul to seek its warmth, desiring to be with it. Seeing in Nous the desirous light it radiates, and Soul seeing in it great goodness, Soul is lead to desiring to produce its own light so it too might impress on others the same goodness impressed upon it, so making it more alike The Good above it. This is the Soul’s dual compound of being both impressed and impressive.

9. Soul’s act of seeking to impress is identical with its act of self-discovery and are not to be distinguished. This is so because the engendered is the same: Soul, seeking to generate within itself the same light it saw in Nous, does so by mode of self-discovery, and so produces an immense and ultimate sequence of discoveries, and to each of them Soul offers out to it its impression of light. And so the act is one and the same, just as the impression of light upon a dark place concurs with the discovery of that place from amongst the dark.

10. And so now we finish here with Soul’s generation of cosmos. An instrument of Soul’s self-discovery, the cosmos is in a perpetual unfolding by process, seeking through time the fullness of itself, and all things within it subject to this same extensive pursuit of self-discovery, all in motion and in flux, all in the formation of compounds and compounds of compounds, constructing greater and greater complexities, moving towards complete self-knowing.

Thus we conclude this part with the great Delphic maxim: “Know Thyself.”